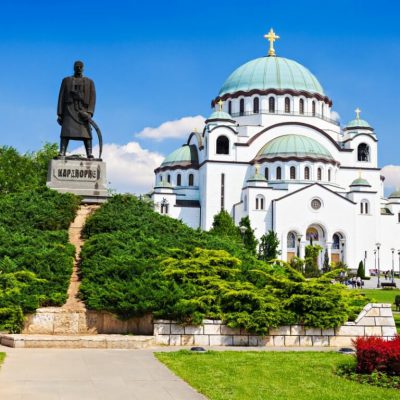 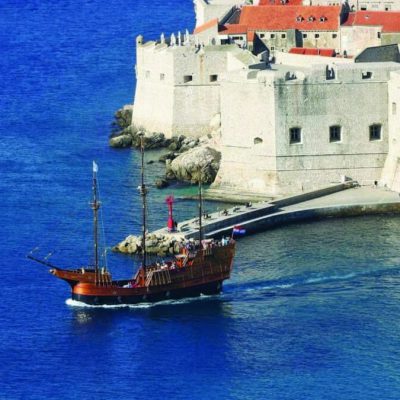 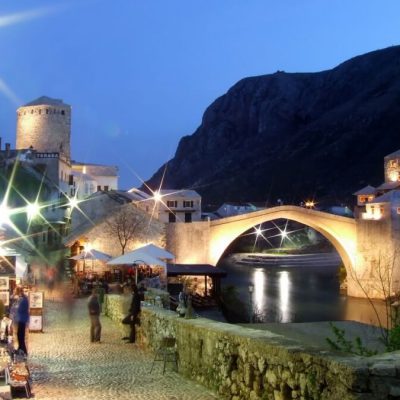 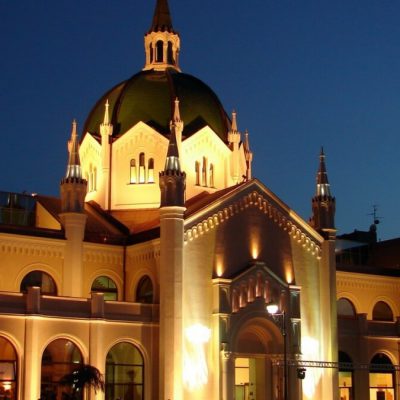 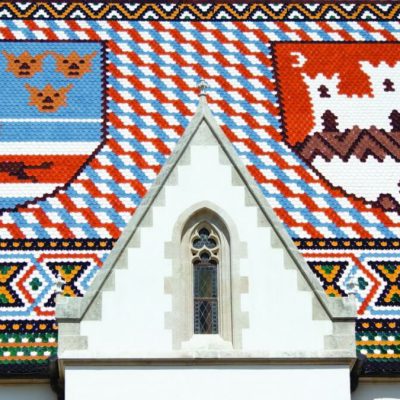 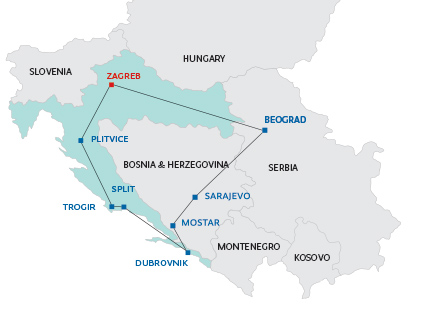 Day 2 DUBROVNIK – MOSTAR – SARAJEVO, Monday
Morning departure for Mostar. Sightseeing tour of the Old City of Mostar, recently included in the UNESCO’s List of World Cultural Heritage. We tour its elegant Bridge, Old Bazaar, the Mosque and a typical Turkish house. Continuation to Sarajevo. Aft ernoon city tour of Sarajevo, including Baščaršija and Gazi Husref Bey Mosque. Dinner in a local restaurant and overnight in Sarajevo.

Day 3 SARAJEVO – BELGRADE, Tuesday
After breakfast, we drive northwards to Belgrade, with a stop in time for lunch. Continuation to Belgrade, dinner in a local restaurant and overnight.

Day 4 BELGRADE – ZAGREB, Wednesday
In the morning sightseeing tour of Belgrade. The tour includes a visit to the imposing Kalemegdan Fortress, dramatically set at the confl uence of the Sava and Danube Rivers. You´ll also see Republic Square and Knez Mihajlova Street, Saint Sava Temple, the largest Orthodox Church in the city, and Tito’s Memorial. Continuation to Zagreb for dinner and overnight.

Day 5 ZAGREB – PLITVICE, Thursday
Morning city tour of Zagreb, including the fortified Upper Town, the city’s historical center, St. Mark’s Church with its multicolored roof, the Cathedral, the Croatian National Theatre and the University. After the city tour, drive to Plitvice and tour the Plitvice Lakes National Park on the UNESCO’s List of World Natural Heritage. Sixteen lakes, each at the different level, are joined in a series of cascading waterfalls. Surrounded by dense wood Plitvice Lakes are a natural phenomenon of a rare and unique beauty. Dinner and overnight in Plitvice region.

Day 6 PLITVICE – TROGIR – SPLIT, Friday
Morning departure for Trogir where we visit the Cathedral of St. Lawrence. Continuation to Split; city tour of Split, including the Diocletian’s Palace on the UNESCO’s List of World Cultural Heritage with the Peristyle, the Jupiter’s Temple and the Cathedral. Dinner and overnight in Split.

Day 7 SPLIT – DUBROVNIK, Saturday
After breakfast, departure for Dubrovnik. Sightseeing tour of Dubrovnik, included in the UNESCO’s List of World Cultural Heritage. You will visit the Franciscan Monastery with Europe’s third oldest pharmacy, the Rector’s Palace and the Cathedral. Dinner and overnight in Dubrovnik.

Day 8 DUBROVNIK – DEPARTURE, Sunday
After breakfast, the tour ends with a transfer to Dubrovnik Airport.

All complaints must be submitted to Vanadis Travel in writing within 30 days of the tour completion.

Note: Hotels listed above will be used on almost all departures. If changes become necessary for any reason, substitute hotels will be similar to those listed here.